PLOT 131 is an old existing building on Foch street in the Beirut central district. The project consists of creating 3 new basements under, and a new structure within the 4 sided facade that had to remain intact. The soil is a sandy fill (8m) on top of a marly formation. The water was abundant and perched on top of the marl. The IGM team proposed to use the underpinning by micropiles technique. The solution proved to be the fastest and least expensive method. Micropiles (6” in diameter) were installed around the perimeter under the arches of the facade. The average depth was 17m. The micropiles were tied by a perimeter beam that grabbed the existing columns for the load transfer mechanism. 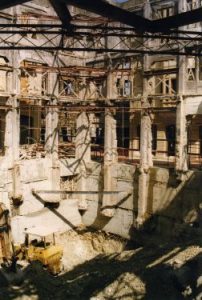 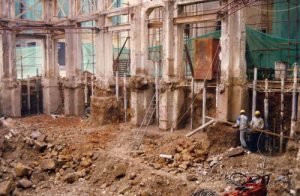 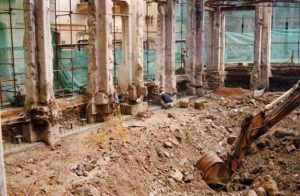