The Arope Headquarter Building consists of a commercial center, 5 stories high with 3 basements, in Nahr El Mot, Lebanon. Empty plots surround the site, which minimizes the needs for shoring works at west and South Road side; these sides were excavated with some inclination. Exception is made towards the North and East sides that were excavated about 11m in depth in clayey soil with gravel inclusions.  The critical cut was planned under a factory for concrete blocks with heavy storage loads.  The Soil was Sandy Clay with boulder inclusions in the bottom and some water infiltrating from the East side due to blocks manufacturing and curing process. IGM executed a well designed shoring system consisting of Micropiles spaced 150cm c/c, with 2 rows of high strength pre-stressed anchors spaced 3m.  The anchors were tensioned against a rigid concrete beam connecting all piles. 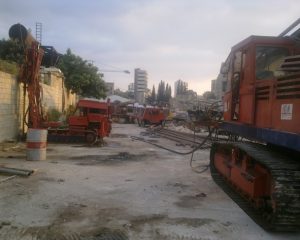 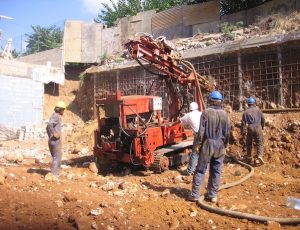 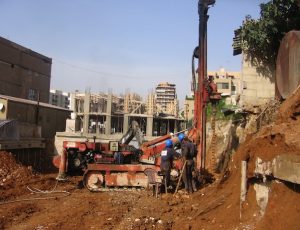 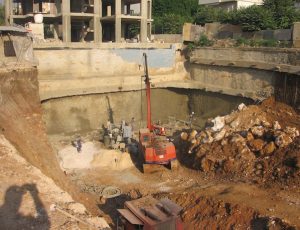 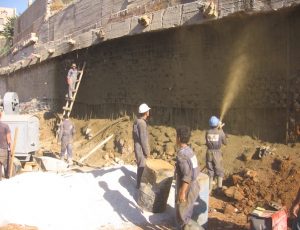